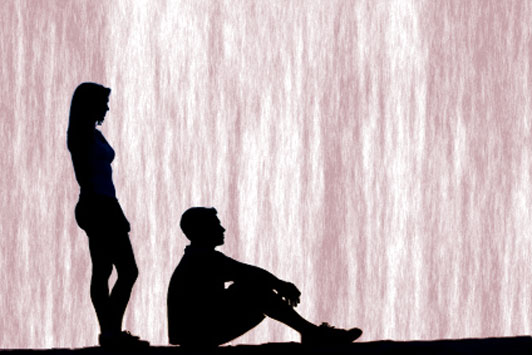 I cannot tell you how many times I have heard women say “all men are the same”, which is ultimately us blaming all men for the actions of one man. It is my personal belief that women usually deal with heartbreak a lot better then men do BUT one of our flaws is putting all men into this negative category because we’ve been hurt. I too use to be guilty of this; after I experienced heartbreak for the first time I allowed it to completely change the way I view men. In my eyes all men were the same and no matter how good they seemed to be, I knew at some point they would prove to be just like the last guy; at that point I wasn’t even giving them a chance to show me better.

When you experience heartbreak for the first time it causes you to want to put your guard up and figure out ways to prevent it from ever happening again. One way we as women go about doing this is going into a situation with the next guy expecting him to either do what the last guy did or do something even worse. This is something we have to learn to STOP DOING! It is not easy but it is important and necessary to do because the more you treat every guy as if he is the same, is the more time it will take for the right man to come into your life. The first step we must take is to realize and accept the fact that heartbreak is something that is unavoidable.

Another thing that we have to do, to move to a place where we stop categorizing men as all being the same, is to take a step back and realize the type of men we go for and the type of men we allow to step into our lives. Pay attention to the type of men you attract and don’t attract, the type of men you give chances too and the ones you don’t! I would meet a guy and the same things I would allow, ignore, and overlook with the last guy, I would turn around and do the same thing with the next guy because I was either getting too caught up in how much I really liked him or thinking I could get him to eventually become serious. When I started to realize this, it started to click that its not that all guys are the same, its the fact that I keep giving the time of day to guys who weren’t on the same page as me as far as where we wanted things to go between us.

At the end of the day, we have to make a conscious effort to not categorize men as being the same. Ladies, in order to get the results you want you have to accept that heartbreak is something we can’t prevent, stop assuming all men are the same, and  focus more on paying attention to the type of men you allow to step into your life.