Kevin Durant and Nike teamed up to create this shoe in honor of his late Aunt Pearl. Durant’s shoe releases are usually often related to stories of his childhood and upbringing, but this release is probably one of the most heartwarming. Kevin Durant’s Aunt Pearl passed away in 2011 from Lung Cancer and since then Kevin has done what he can to pay tribute to her. The color of the shoe is white which is the official color for Lung Cancer Awareness and proceeds from the shoe went to the Kay Yow Cancer Fund.

Angel wing strap over the laces

Kay Yow Cancer Fund logo on the back of the heel

Click the link below to learn more about the shoe, about the Kay Yow Cancer Fund, and about how you can get involved! 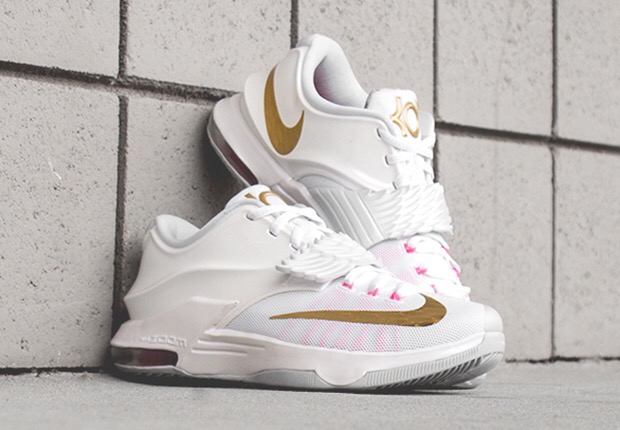 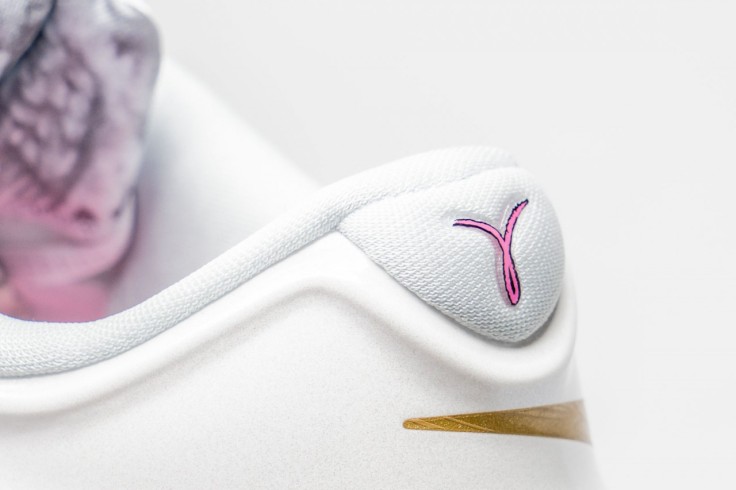 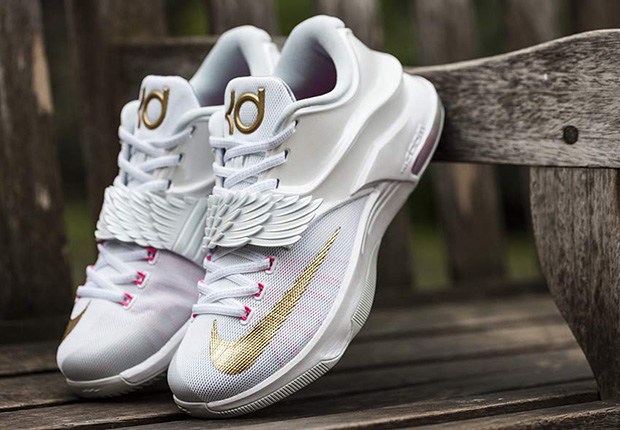