Katherine Johnson, whose incredible contributions to the space program were displayed in the film Hidden Figures, born August 26, 1918 in White Sulphur Springs, WV, to Joshua and Joylette Coleman and she was the youngest of 4 children. At the young age of 13 Katherine was attending the high school on West Virginia State College campus and graduated at the age of 14.  Years later at the age of 18 she enrolled as a student at West Virginia State College, a historically black college. Katherine, who took every math class the college had to offer, had quite a few teachers taking her under their wing including professor W. W. Schieffelin Clayton, who is the third African American to earn a PhD in Mathematics.

Katherine Johnson graduated summa cum laude with a degree in mathematics and french and then took a teaching job at a black public high school. In 1939 she became one of three African Americans and the only female selected to integrate graduate the program at West Virginia University. She made a decision to leave her teaching job and enroll in the graduate program at the University. Katherine decided to take a career path in mathematics as a research mathematician which was not easy for many African American women to enter. In 1953 Katherine accepted a job offer from National Advisory Committee for Aeronautics (NACA), which later changed its name to NASA, at the Langley Memorial Aeronautical Laboratory in Hampton, VA.

Katherine Johnson made a lot of things possible for women in mathematics! She broke barriers and took risks and no matter what road blocks she hit along the way she never let it get in here way.

To read more about this amazing women and the rest of her contributions: https://www.nasa.gov/content/katherine-johnson-biography 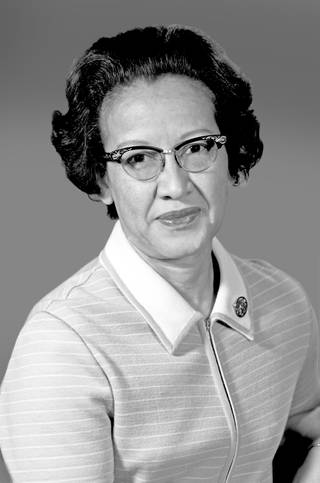